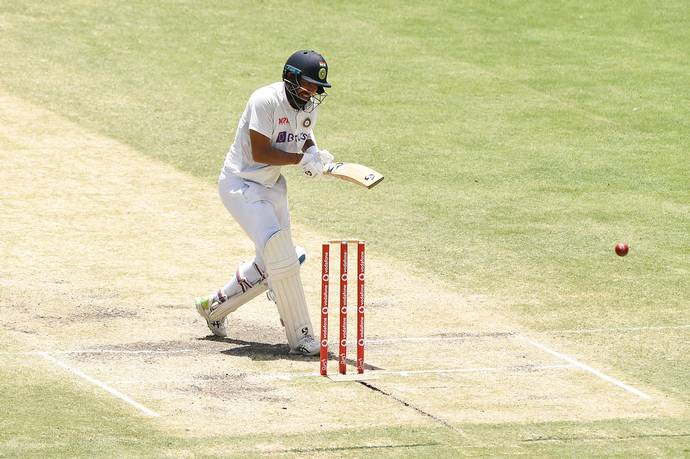 Raging infernos aside, living in Berkeley, California has proven a blessing over the past few months. The weather is conducive to being outdoors at a time when indoor spaces are petri dishes. More importantly, it has allowed me to indulge two obsessions: a lifelong one of cricket and a more recent one with trees. India’s tour of Australia fell between the hours of 3 and 11pm, prime sports viewing hours. California is also home to the world’s tallest, largest, and most ancient trees. Three blocks from home, a motley crew of South Asian undergraduates often plays cricket on a basketball court, with an infant coast redwood at long off, a ponderosa pine patrolling deep point, and a varied line of ash, cypress, and sugar gum trees lining the leg side boundary.

Up the Mendocino Coast sits a singular grove of trees called Candelabra Redwoods. The gnarled giants are the product of coastal gales and among the last remaining old growth Redwoods, saved from loggers because of the deformities in the wood. In my adrenaline-fueled fever dreams on the night of the Brisbane victory, visions of those Redwoods blurred with thoughts of Cheteshwar Pujara weathering the violence doled out by Pat Cummins. Each blow seemed to entrench Pujara further. Superficially, wearing down the Australian attack did not present the utilitarian value of the runs scored by Shuman Gill and Rishabh Pant in what was ultimately a run chase. Superficially. But more on that later.

Halfway between the basketball maidaan and a Montessori school building – decades ago, that duplex was home to a young Kamala Harris – grows a Douglas-fir. Douglas-firs are curious trees; for starters, they aren’t true firs. The Latin name, Pseudotsuga, translates to “false hemlock” because they aren’t hemlock trees either (which, in turn, are not related to poison hemlock themselves.) Is Pant a wicketkeeper-batsman, a batsman-wicketkeeper, a pure batsman who is handy with the gloves? What he undoubtedly is, is a cricketer of immense talent. Gosh, if I haven’t replayed Pant’s Kanhai-esque falling pull off Hazlewood a thousand times over in the days since! Douglas-fir cones are distinguished by little bracts, whimsically likened to the rear legs and tail of a mouse. Those cones contain within them the source code for some of the tallest trees on the planet, and may be why I am fascinated by Douglas-firs. They present a unique blend of insouciance and majesty, a legendary run-chase accomplished with a wink and jig.*

Cricket is a great sport for many reasons, not least of which is the pacing. There is a forced break in play, and oftentimes a replay, after every ball. Viewers have the space and the opportunity to take stock of what just happened. Hall of fame NBA coach and executive Pat Riley has said he never truly knows what happened on a given basketball play until he goes back and watches the tape. Unlike with basketball, cricket allows us to watch the play and watch the tape at the same time. We get to revel in the sensual experience and examine the science underneath.

Let’s start with Pujara. Coming into the fifth day’s play in Brisbane, I expected India to lose for three simple reasons: the quality of the Australian bowling, a pitch that contained some demons (as Marnus Labuschagne and Steve Smith could attest to), and time. When combined, those three meant that the odds of ten balls coming along with the batsman’s name on them were reasonably large. The quality of the Indian batting – and gosh, if this isn’t a high quality Indian batting line-up – was likely rendered moot. That India pulled off a victory doesn’t change the math.

Let’s interrogate those three factors. Much was made of balls hitting cracks on the Brisbane wicket, and the unpredictable bounce and movement that would follow. Pujara’s battered body is testament to the difficulty in playing those balls. But the danger gets exponentially larger when one considers what the cracks even mean for balls that don’t hit them. When a batsman anticipates unpredictable bounce, he can be excused for subconsciously changing his technique. A full ball that jumps off a length may lead him to sit back for the next full-length delivery; a shooter from halfway down the pitch may have him thrusting forward to the next bumper. A quality bowling line-up exploits this mess by consistently landing balls in the same unpredictable spots; they can weaponize the balls that bounce predictably by leveraging the uncertainty engendered by the ones that don’t. Over time, a good bowling attack ensures that, on a wearing wicket, the batsman will inevitably help them produce more wicket-taking deliveries.

I was most curious about what would happen in the balls immediately following the ones that Pujara wore on his body. His technique was impeccable – consistently playing the ball late, trusting that if the ball did what it was supposed to, he would be in position to play it safely. There isn’t much one can do against a shooter or a bumper off a full length; what Pujara did was ensure that the only balls that would get him out would be the unpredictable ones.

It’s hard to appreciate the magnitude of what Pujara did. Even at the highest level, athletes can fall prey to their own thinking. The concept of gravity is often discussed in the context of basketball player Stephen Curry; his generational shooting warps the floor and forces defenders to forget their basic principles. Afraid of Curry’s shooting, multiple defenders rush at Curry, unlocking wide open dunks for his team-mates. We have seen this happen in the NBA finals, where the upper echelon of basketball players compete. Eventually, with enough time, even the best defenders break in the face of Curry’s gravity. Think of the gravity of the cracks and how remarkable it is that Pujara faced 211 balls on the fifth day without getting in his own head. Pundits have criticized Pujara in the past for not showing enough “intent”, which, more than anything, reveals the poverty of our understanding of the concept. Intent is not just about scoring runs. What could possibly show more intent than remaining committed to a line of attack when everything, physical and mental, is conspiring to throw you off?

Now consider Shubman Gill. In the overs leading up to lunch, Gill took on Mitchell Starc with a series of pull shots. On commentary, Kerry O’Keefe chortled about the exuberance of youth in taking such risks on the stroke of lunch. The role of O’Keefe and other color commentators is to add context and narrative to the action on the field, so one can’t fault them too much for trying to do so. At the same time, I’m reminded of Will Hunting lamenting that people spend all their money to surround themselves with books and they’re the wrong f***** books. At least give us the right context Kerry! ESPNcricinfo suggests that Gill was in control of 95% of his shots, with the pull being his most productive stroke. Unanchored by biases or priors, one could just as easily have viewed Gill’s strokeplay as that of an intelligent batsman playing to his strengths and taking advantage of the high payoff opportunities presented to him.

This is where the constant search for narrative can fail us; it obscures what is so self-evidently laid out in front of us. The experience and pacing of cricket allows us to draw empirical inferences about what is happening and that can be all the meaning-making that is needed. Coming into the Brisbane Test, memories of Vinay Kumar being carted around the WACA by David Warner had me expecting the worst when Natarajan and Navdeep Saini were handed the ball. That did not come to pass and both bowlers – Saini on a gimpy leg in the second innings no less – acquitted themselves with honors. This has been interpreted in many quarters as a measure of the fearlessness of this Indian team and a reflection of the new India.

Occam’s razor demands that we consider that the difference between Natarajan and Vinay Kumar was less one of intent and more one of capability (with a dollop of luck, perhaps). To just talk about Pujara as heroic is to obscure what a fine piece of batsmanship his innings was. Homilies about Pant’s fearlessness invoke all the impishness of his stroke-making without illuminating any of the skill involved. Mohammad Siraj’s story has been repeated ad nauseam and deserves to be retold. But gosh, how about the fact that he was landing every ball within a prayer mat sized portion of the wicket in just his third Test? Fearlessness be damned, how about the bloody consistency?

Chasing 328 on a fifth-day Gabba pitch against this Australian pace attack was a tall order. Yet, I can’t help but wonder if it is made that much more remarkable because we were not prepared to see it. The fault my dear Brutus and all that. Taking nothing away from this Indian team, consider that before there was Brisbane 2021, there was Adelaide 2014, Edgbaston 2018, heck even Sydney 2021 barring a torn hamstring and a fractured thumb. As India’s bowling attack has developed into an all-conditions group of match winners, they have put the team in position to chase down totals time and time again. It was perhaps inevitable that given enough bites at the apple, this team would eventually pull off a chase of epic proportions. When we cast aside romantic, yet jejune, ideas of intent and indefatigability, we are left with the basic truth that India’s Test team has created opportunities time and again. Or in Occam’s Razor’s term, this team might just be better than earlier vintages.

On Stankonia’s Humble Mumble, Andre 3000 raps, “I met a critic, She said she thought Hip Hop was only guns and alcohol, I said “Oh hell naw!”, but yet it’s that too.” Maybe the 2020-21 Border-Gavaskar series was about an Indian team that was fearless, bold, possessed of character in spades, and so on. Watching Day 5, it was also about something far simpler: a team that played excellent cricket, ball after ball.

3 thoughts on “Action and reaction”