Passing on the cricketing legacy

81 All Out  > Blog, Read >  Passing on the cricketing legacy 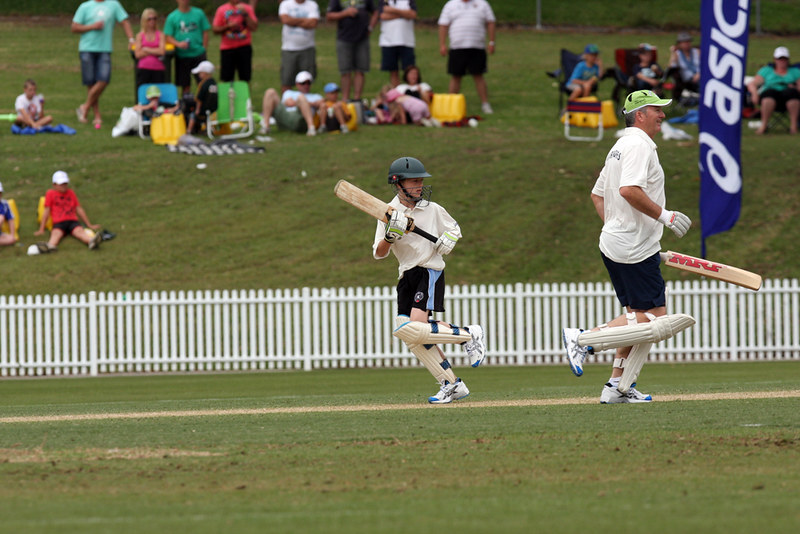 In mid-December last year, as I sat in a hospital room holding my two-day old son in my arms, I asked myself what kind of cricketing legacy I would be passing on to my children. You might wonder why among all the things in the world did this random thought come in my mind post childbirth. Bear with me for a moment, for the question was timely. Newborn children bring along with them tons of joy but also some challenges, one of which is sleepless nights. As I cradled my son and the wife took a well-deserved nap, I found myself opening Willow on the phone and watching India collapse for 36 all out. In that hospital room, in the quiet of the night, there was nothing else for me to do and I could not get up from the rocking chair, lest I disturb the fledging sleep of a newborn. And so, me and my son, inadvertently on his part for now, were bound together in one of Indian cricket’s most tragic moments. And hence on a night when the cricket finished early, the larger philosophy of life seeped in and cropped up the question that I shared at the beginning.

It took the mind to my own initiation into the game and my relationship with my father. My father lived with a lifelong physical disability and so our sporting interactions never involved playing the game or even watching it in the stadium. Unlike some of the other members of my extended family, my father was not really a cricket tragic who followed every game and held passionate opinions. I always believed that his disability had given him a different perspective on life and very early on, with respect to sports particularly, he had reached a state of nirvana. For him, sport was not about national pride or being invested in success of a particular team but about admiring the artists and their art dispassionately. We never spoke about cricket other than when a game was on and even then, besides me updating him about the score, we would mostly stay quiet and remain focused on the television. But very often he would pipe up out of nowhere and channel an inner Tony Greig to exclaim, “Oh beauty!” when a bowler bowled a jaffa or a fielder plucked a sensational catch. It annoyed me no end during my pre-teen and teen years, when my partisanship for India was at its peak, to see him do this more liberally for opposition players. Often, he would rub it in during the replays by exclaiming, “Look at that! Brilliant!”. And then just like that he would be back in his shell.

The other aspect of cricket watching with my father were the moral lessons that often accompanied games. When I was six and India lost a game to Pakistan, I started crying. I was gently reminded by him that winning and losing were part of the game and on another day, India would win (he never warned me though about how little they would win against Pakistan in the 90s). Another conversation during a live telecast from an England tour quickly diverted into a discussion about the Sudhir Naik shoplifting incident,  scandalizing my 13-year-old self. Quite often, Sunny Gavaskar’s newspaper articles would be passed on to me in the mornings with a recommendation of, “Look at the wonderful sentence construction and use of grammar”.

Unlike my mother, who always worried that the hours I was spending on the game were taking away my attention from the textbooks, my father never voiced such concerns. He silently kept renewing my subscription to the Sportstar for seven straight years before I asked him to stop. He would often sit with me at night, till as long as he could, watching live games from Toronto, South Africa, and West Indies. The only time he raised a concern was when my Maths marks nosedived in middle school. He emphasised how maths was all about spending hours practising multiple problems over and over again and how I needed to give it at least an hour or two of my time every day. That he took about an hour explaining this to me while we were both watching live cricket from Australia in the morning was perhaps an irony lost on him.

It was much later in life, after he had passed on to another world, that I realized that his approach was largely centered around opening a door for me, and then moving back and assessing how keen I was to step inside and own the space. As with cricket, he largely let me dictate the pace and intensity with which I wanted to move. And that was the approach I took towards my daughter when she was born four year ago. Living in the US, with little possibility of watching any international cricket in person, I hoped I could goad her to sit in front of a television with me some day. A couple of years ago, work offered an opportunity to spend a year in Australia and there, I was able to expose her to the language of bat and ball. It helped that “Peppa Pig plays cricket” was easily available in the local bookstore in Sydney and father and daughter were able to marry their passions over bedtime reading. After visits to a couple of T20 games and the pink Test, she understood the basic idea of the game – hit the ball with a bat. Then we returned to the US and I wondered how long her memories would last. Till one day, during the IPL this past year, she saw me watching the highlights on television and cuddled close. Suddenly I was being bombarded with questions about the numbers on the screen and being told how the stumps and the bails had lights. The IPL finished and I thought so did her fad, but a few weeks before the birth of our son, she approached me asking if she could watch cricket. Heart filling with pride, I opened YouTube and she instantly screamed at the link with a description of “Match Highlights”. It was the second T20 game between India and Australia. She looked at the screen and haltingly said to me, “4 for 170. That is the score. 18 overs”. And then, almost as if to seek validation, her next statement was, “Papa, that is good!”. And I knew we had crossed a rubicon.

Back in the hospital room, my contemplation reached a destination. I had a four-year-old who had started to show interest in cricket and knew how to read the scores. And I had a newborn whose first days of life were burnished in the backdrop of a great Test series, and who will forever have a story of cricketing heartbreak and subsequent resilience associated with the time of his entrance in this world. I guess that is a decent first session of play to build on. As my father would have perhaps thought in his mind a generation ago, “Let them step into their squares and play their natural game”

One thought on “Passing on the cricketing legacy”