Yuvraj Singh and the journey from hope to possibility 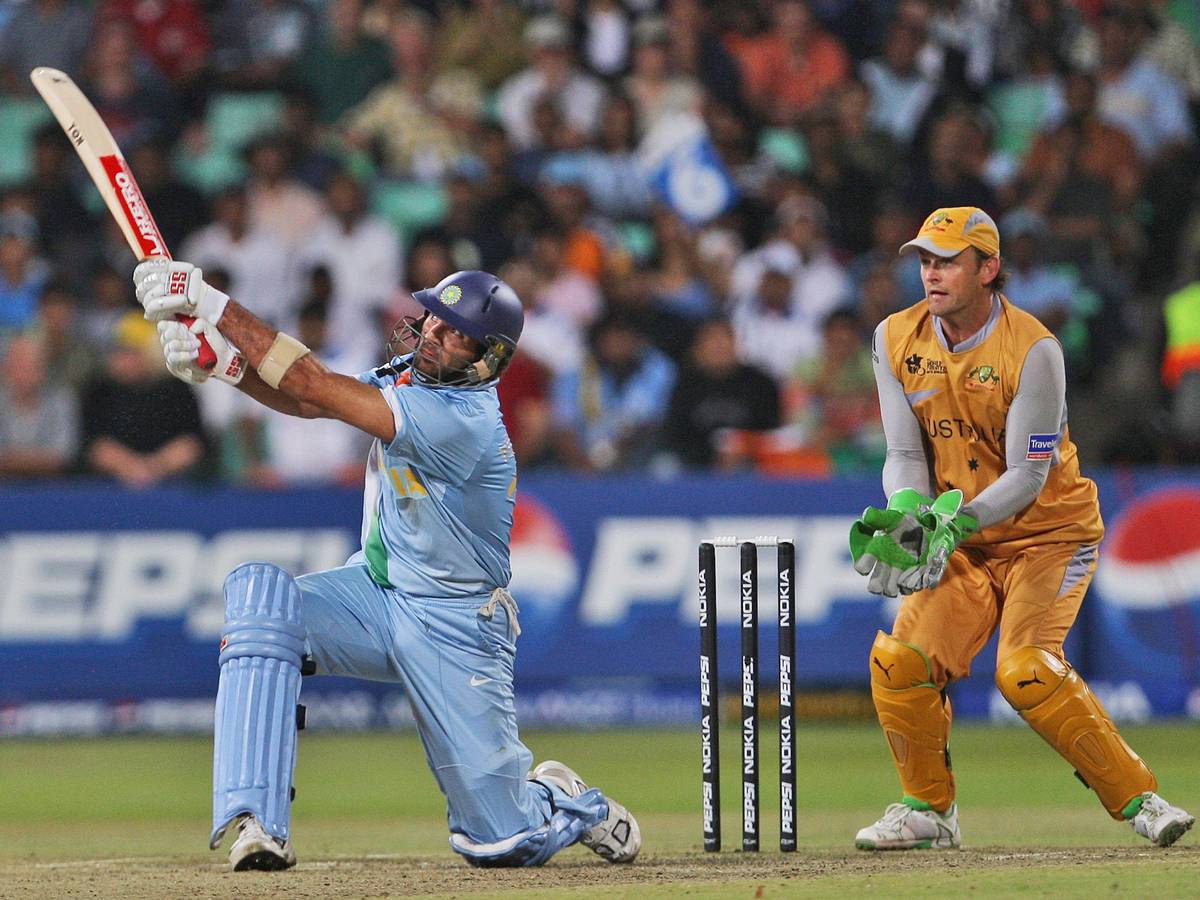 On a crisp sunny winter afternoon in late 1999, as my cousin brother and I flipped through the latest edition of Sportstar, we came across a photograph of two teenagers from Punjab, both of whom had performed well in Under-19 tournaments. One was Reetinder Singh Sodhi, a familiar face for the diehard fans who had watched his heroics at the Under-15 World Cup final at Lord’s three years earlier. But it was the other player at whom my cousin kept jabbing his finger. I still remember his words, “Isko dekhna, yeh zaroor India khelega” (watch this fellow, he will surely play for India).

My cousin had played at the Under-16 level for Chandigarh and run into this teenager during some games at the Sector 16 Stadium as well as at the PCA stadium in Mohali. Apparently there was unanimity amongst the coaches  that this teen was a standout star in his age group. My cousin remarked that he was the “cleanest hitter” he had seen at that level. That promising teen in the photograph: Yuvraj Singh.

Clean hitter. Those two words stayed with me as I watched Yuvraj through his career. In an age where batsmen bring their bats down from all sorts of angles, when they slash and swing wildly, innovate with scoops and sweeps, Yuvraj did not have to work too hard to clear the boundary. Watching him hit a six was more akin to watching a golfer swing a pitching wedge or a 9 iron over a 100-yard distance from the green. There was a smooth, unbroken backswing, a stable head at contact, and a clean follow-through with a pristine extension of the arms. In the middle of the cacophony of a packed stadium, Yuvraj brought the tranquillity of the golf course to the art of swinging.

It would be easy to judge Yuvraj’s career on the basis of his numbers: 8,701 ODI runs at an average of 36.55 and strike rate of 88. Easier even to pass harsh judgement on his Test career: 1,900 runs at an average of 33.92. And convenient to hold on to the narrative about him being the new-age Indian cricketer who symbolised the aggression and confidence of a country post liberalisation. To understand and appreciate Yuvraj’s impact, you have to go beyond the numbers and the narratives and live the experience of a fan.

To understand Yuvraj is to first appreciate the burden of history. In the decade before he made his debut, India’s ODI win percentage was 47%. Too often in the ’90s, India would be faced with an asking rate of 6 or more in the last 15-20 overs and would be pinning their hopes on the likes of Ajay Jadeja, Robin Singh, Nayan Mongia, Anil Kumble and Javagal Srinath. Often they would fall short. Think Mumbai in 1996, Bloemfontein, Durban and Sharjah in 1997, Leicester in 1999, Melbourne, Hobart & Dhaka, twice, in 2000. Tendulkar or bust while chasing was a reality.

Now take your mind to the Natwest Trophy final of 2002. At 146 for 5, I had switched off the TV and, sulking, retired to my room to read a book. It was my parents who called me after twenty minutes and urged me to watch Yuvraj and Kaif. That evening, India did not just chase a historic target, they also chased the ghost of the 1990s away. What followed was a belief that no target was insurmountable, irrespective of the odds. What followed were instances like Centurion in 2003, a run of 16 consecutive wins while chasing between 2005 and 2006, and a decade from Yuvraj’s debut in 2000 to India’s World Cup triumph in 2011 when the team’s win percentage went up to 54%.

To understand Yuvraj is to appreciate hope and possibility. India’s ODI cricket hit its nadir around the time when the game witnessed a loss of innocence during the match-fixing revelations. On the 1999-00 Australian tour, when India were thoroughly walloped, their top 7 in the ODI games read – Tendulkar, Ganguly, Dravid, Jacob Martin, Hrishikesh Kanitkar, Robin Singh and Sameer Dighe. You can forgive Tony Greig for remarking then that India was a “Tendulkar-Ganguly team”. In the disastrous Asia Cup of 2000, when Jadeja and Azhar briefly returned to the middle order and India finished the tournament as also-rans, the team had a stamp of staleness. And then, a few months later came Yuvraj (and Zaheer). It was one of the last occasions (till Virat Kohli came along) when the Indian selectors got the better of their conservative instincts and pushed a player right from the Under-19s into the international stage – without waiting for him to mature in Ranji Trophy cricket.

The first time he batted in an ODI Yuvraj was pulling and flicking Lee, McGrath, and Gillespie with a boldness that one associated with Tendulkar. He was diving and saving runs in the infield with an agility that surpassed Jadeja – the gold standard for Indian fielding till then. He was catching and effecting run outs like never seen before from an Indian cricketer. In 2002, against South Africa in a Champions Trophy semi-final that India had no business winning, he demonstrated that an Indian fielder could potentially change the outcome of the match with a single stroke of brilliance. Yuvraj made you believe that the all-round cricketing athlete, which Australia and South Africa dished out in an assembly line back then, could also be home grown in India.

To understand Yuvraj is to appreciate his ability to lift his game when the stage is big. In the T20 World Cup of 2007, he smoked six 6s in a must-,win game against England and bettered it with a 30-ball 70 against Australia in the semi-final – a casual flick for six over square leg off Brett Lee being the standout shot in memory. In the 2009 T20 World Cup he looked like the only player who could time a cricket ball, and shouldered the burden of India’s campaign with scores of 41 in 18 balls against Bangladesh and 67 of 43 balls against West Indies. In 2011, with his body out of shape, his breath running short and his lungs coughing blood, he pulled the weight of his team with bat and ball before the rest awoke in a rousing chorus. In the quarter-final against Australia in Motera, when 187 for 5 could so easily have ended up as a 230 all out, he brought a sense of comfort and carried India home in their toughest game of the World Cup.

To understand Yuvraj is to appreciate and come to terms with the cycle of professional life. Youth, freshness, hope, excitement, possibility, success, setbacks, reconciliation, renewal, maturity, self-awareness and finally the sense of assurance in your own self. And this is without us even speaking about his remarkable comeback from a potentially mortal ailment not just to full health but to full and active international sport.

I often remark to my friends that Indian ODI cricket can be neatly divided into two eras – pre 2002 and post 2002 with the Natwest Trophy final serving as a border signpost. Looking back at Yuvraj’s career, it is easy to understand the reasons for the shift. A new set of blossoming talent, a core group that drove excellence, the embrace of professional coaching and fitness standards, and more importantly the belief that anything could be achieved on the cricket field.

Yuvraj’s legacy is that he stands on the cusp of that border, one of the proud and confident architects of a winning team, his role forever etched in history for pushing Indian ODI cricket into a new age of sunshine, hope and success.