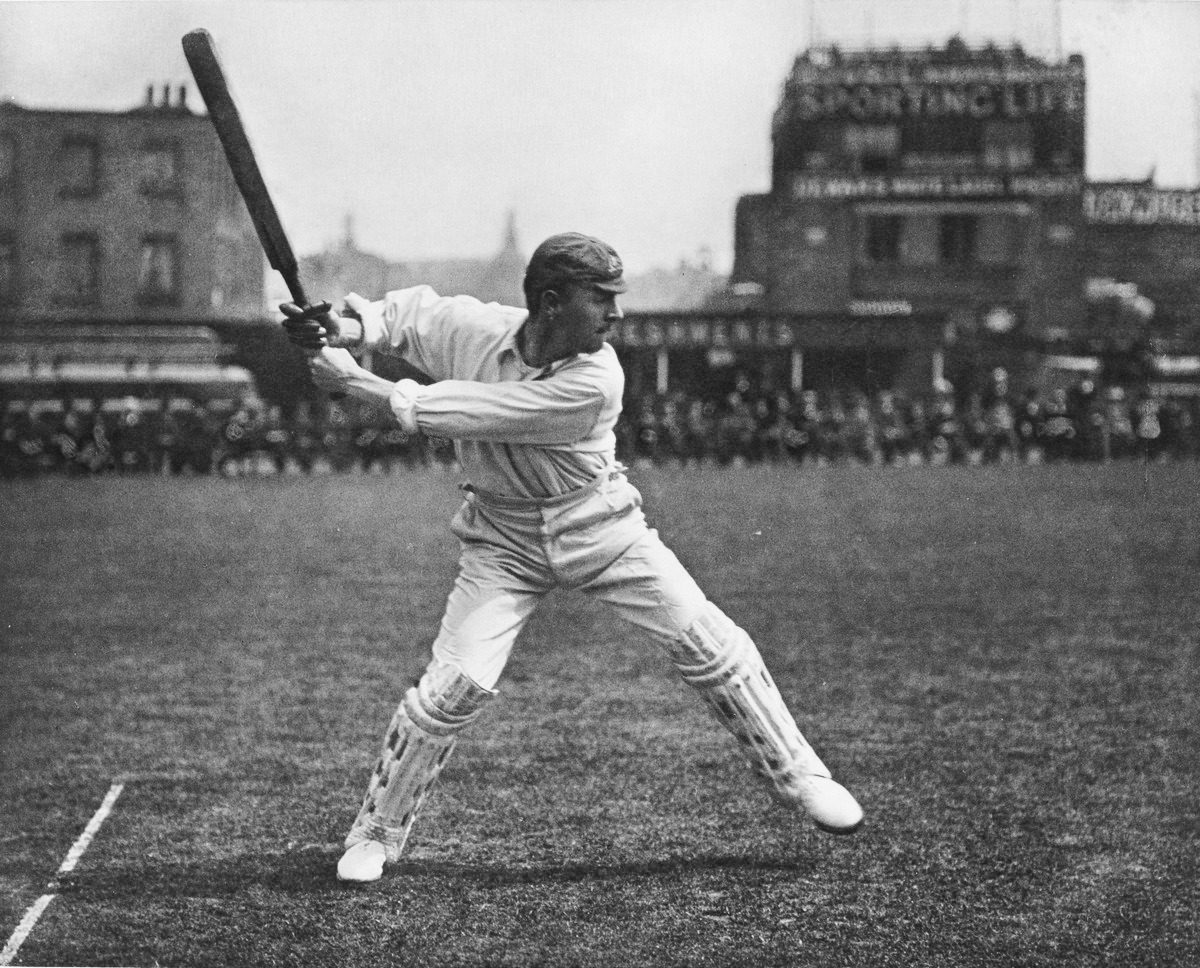 Charles Davis, at his sportstats blog, indulges in the priceless act of re-scoring Victor Trumper’s legendary 335 at the Redfern oval into a ball-by-ball form.

The most famous shot of the innings was said to break a window in the John Hunter and Sons boot factory on Chalmers Street (formerly Castlereagh Street), at least 120 metres from the crease. It is described in detail in an article in the Sun Herald in 1963; the shot created such a sensation that the window was preserved in its broken state for many years. However, the shot is not mentioned in most original reports. Yabba does mention in 1937 a shot ‘on top of’ the factory. Jack Pollard wrote an article on long six-hitting that was published in Six and Out in 1964. It includes three paragraphs on the Trumper 335, but does not mention the boot factory shot: a curious omission.

Annesha Ghosh, at The Cricket Monthly, interviews Smriti Mandhana on her record-breaking year:

Earlier, say, two years back, I used to use short handles. But then I started taking a liking to Jhulan [Goswami] di‘s bat. I used to ask her to give me her bats, and very sweetly she’d give them to me. Her bats used to have long handles, so I would cut the handle short to suit my needs, but then someone told me it upsets the balance of the bat. So when I order bats, my brief is simple: I want an SS or an SG bat, like Jhulan di‘s.

Aahna Mehrotra and Aastha Kothari examine BCCI’s refusal to come under the ambit of National Anti-Doping Agency of India (NADA) at Lawinsport:

The BCCI, as compared to other NSFs, has an unusual position in India. It is neither recognised by the MYAS as an NSF nor does it receive any funding, grants or subsidies. However, it is treated as the NSF for cricket in India, as it receives approvals from the government of India to hold international events in India and has the authority to participate in international events.

Over at The Times of India, Narayanan S caught up with former Afghanistan captain Raees Ahmadzai:

“When someone is born as a refugee, there is no way to keep an accurate record of your birth. Officially I’m 35 but actually, I might be 40. I don’t know my date of birth. One good thing is I don’t have to spend money to celebrate birthdays”

Tim Wigmore, in The Telegraph, on why more yorkers aren’t bowled in T20 cricket:

Across T20 cricket, CricViz finds yorker-length deliveries concern only 6.53 runs an over. The snag is that both full tosses – slightly overpitched yorkers – and half-volleys – attempted yorkers that aren’t quite full enough – go for nigh-on 10 runs an over, which is 20 per cent higher than the overall average. For fast bowlers in limited-overs cricket, the yorker is a death-or-glory ball.

Wisden.com’s Rishad D’Souza on the big gap between between domestic and international women’s cricket

Mohammad Isam, at ESPNcricinfo, on Tamim Iqbal’s pursuit of excellence