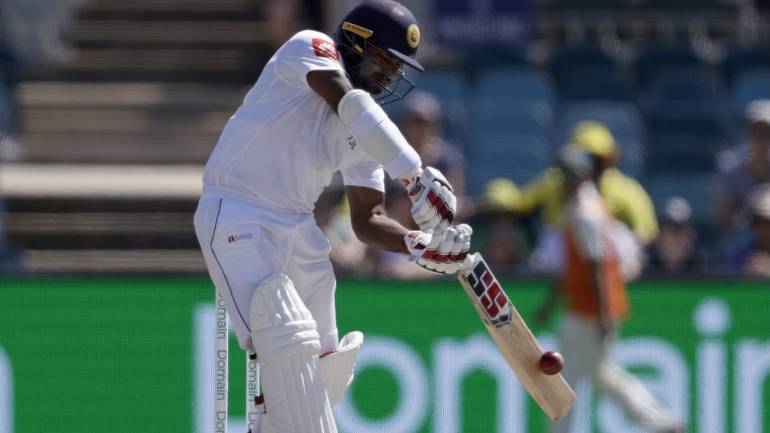 I want to talk about a Kusal Perera six in the recent Test series against South Africa. Not the sexy whiplash-hook against a mean bouncer from Duanne Olivier. Not even that almighty whack across the line against the GOAT fast bowler with 13 runs needed to win the first Test in Durban. Those were great exhibitions of skill and a greater triumph of nerves. The hopeless situation of 78 runs to get with No.11 for company in a way served to liberate Perera’s approach and elevated the stature of his extraordinary shots.

I want to talk about his six in the first innings of the second Test at Port Elizabeth. Strip away the context of the match for a moment. Just watch the shot. One of the greatest fast bowlers, Kagiso Rabada, bowls a theoretically perfect ball in the hallowed corridor of uncertainty at 141kph on a seaming wicket. Kusal Perera takes the smallest of strides forward, without the slightest of pretensions to get near the line of the ball, backs his hands to work at his eye’s command, and deposits the ball onto the roof of the stands over extra cover with a most pristine swing of the bat. Dean Elgar pulls down his sunglasses to see how far the ball has gone. Aleem Dar completes the formality of signaling a six but keeps staring towards extra cover as if he is trying to visualise that moment of perfection again. On air, Michael Holding may as well have been speaking on behalf of Rabada: “When batsmen play shots like that, you have just got to give them credit.”

Now, add the context. Leading 1-0 in the series, Sri Lanka had dismissed South Africa for 222 in the first innings but are now steadily surrendering the head start to create history. It is natural for an attacking batsman to go for quick runs in a low scoring game when the wickets are falling frequently at the other end. So, the two scorching square drives he started the current innings with are perfectly sensible choices plucked from the efficient frontier of the risk-reward matrix.

But to try to hit Rabada out of the ground shouldn’t be a realistic choice that comes up while working out the percentages. In fact, he even premeditated it to an extent, given he had attempted a similarly outrageous shot a few balls earlier. Unlike the five sixes he hit in the Durban chase, this wasn’t a logically sound decision. This was a naturally adventurous spirit chasing its own context and moment of perfection.

The shot also made me think about sixes in Test cricket at large.

On most occasions, there is very little necessity for a six in Tests. I’m not talking of counterattacking shots – for it is a prime necessity in a format which contains infinite path dependent possibilities – but specifically, six-hitting. Situations like Kapil Dev hitting four successive sixes to avert the follow on while batting with a No. 11 is a perfectly logical choice but such situations are relatively rare.

In the current climate that is loaded with the ideological Brahminism around Test cricket, there is a lot of romanticising about the classical leave and the dogged defence, which are celebrated as the defining features of Test batting. But these are high-percentage choices in Tests. When you have 90 overs a day and five days to play and no pressure to force a decisive result, a good batsman will leave or defend the good balls often.

What then makes batsmen go for the low-percentage choice? How often do the additional two runs prove to be attractive enough to justify the asymmetric incremental risks involved? Bear in mind that the favorite pastime of the entire cricket ecosystem is to audition for the role of a judge in a reality show that involves batsmen’s dismissals – it is the easiest piece of cricket action to judge and demonize. Sehwag, the spiritual leader of the six-hitters tribe in Tests, has narrated some hilarious anecdotes about his irresistible urge to go for the big hits (Paul Harris, Inzi-Kaneria) But even his most ardent fan can’t help but ponder over the counterfactual of his attempt, when batting on 195, to hoick Simon Katich out of the ground towards the close of play on Day 1 at the MCG in 2003.

There is a decent argument to be made about batsmen having greater exposure to the shorter formats and the resultantly increased practice of six-hitting having a spillover effect on Test-match batting. But that explains the skill, not the will. The choice of hitting a six in a format with a near-zero need for it will remain the lasting testimony to the adventurous spirit of the sport’s practitioners. For this reason alone, the six in Tests will remain its point of separation from other formats.

One thought on “Six”