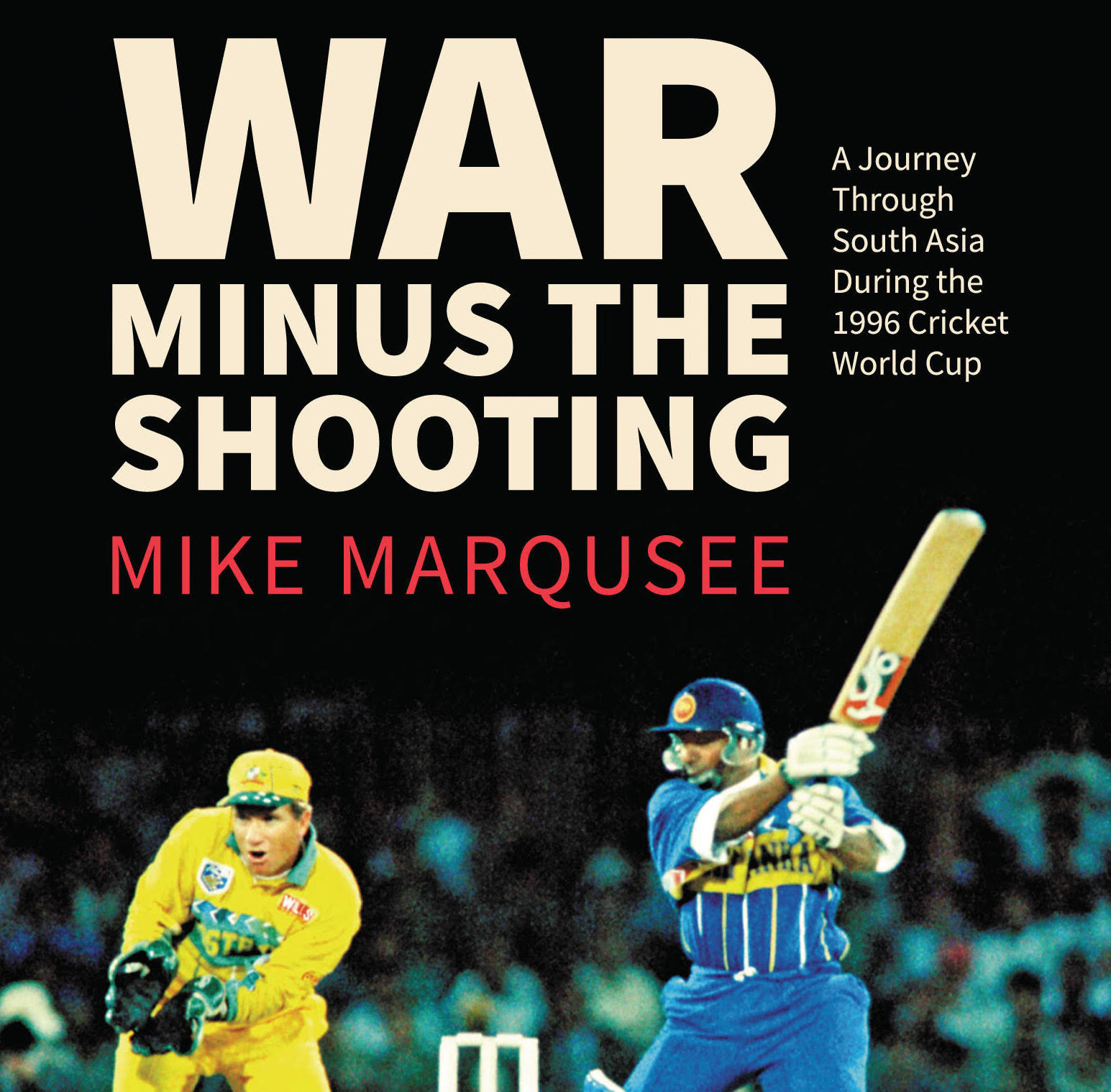 War Minus the Shooting: the revival of a cricket classic

We are delighted to announce the republication of War Minus the Shooting: A Journey Through South Asia During the 1996 Cricket World Cup by Mike Marqusee.

First published in 1996, the book is a vivid portrait of a subcontinent in ferment during an extravagant tournament that foreshadowed the great shifts in the commerce and economics of the game. Marqusee chronicled the sometimes farcical, sometimes tragic, and often stirring events of the World Cup but also deftly dissected the tournament’s controversial themes: national identities, racial tensions, cricket board politics, the power of money, and much more.

With cricket as the thread, Marqusee weaved a tapestry that captured India, Pakistan, and Sri Lanka at a crucial juncture in their histories, with over a billion people grappling with the hopes and fears unleashed by a globalized economy.

The foreword for the new edition is written by the acclaimed writer and author Gideon Haigh. “If anyone was the inheritor of [CLR] James’s mantle as the scrutineer of cricket’s political and racial economy, it was Mike [Marqusee],” writes Haigh.

The former England captain Mike Atherton, who is now the chief cricket correspondent for The Times, was glowing in his praise for War Minus the Shooting. He says the book is “a classic, reflecting on a time and a tournament when cricket was mobilising its commercial clout, with all the consequences now playing out.”

This republication is a debut venture for the publishing arm – 81allout Publishing.

Links to buy the book:

Other (paperback and e-copy)

Revisiting the 1996 World Cup through a classic book – 81allout podcast