When a tie was a victory for Border’s battlers 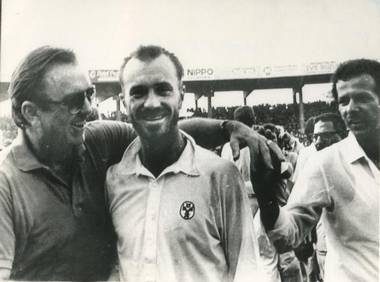 In this special episode of the 81allout podcast, we chat with Michael Sexton on his latest book Border’s Battlers, which provides a fascinating account of the iconic tied Test between India and Australia at Chepauk in September 1986.

Michael has been a journalist, producer, and sportswriter for over three decades and been a part of ABC, BBC, and Channel Nine. He has written eight books and two of them on cricket – Chappell’s Last Stand and Border’s Battlers.

Getting the geographical specificity of Chennai and Chepauk right

Influence of Bob Simpson and the elephantine memory of Errol Alcott

The camaraderie and consistency of Dara Dotiwala and Vikram Raju

Scorecards of the tied Tests – Brisbane ’60 and Chennai ’86

Highlights of the Brisbane tied Test

Arunabha Sengupta on the dramatic last day of the Test