Genius – the obvious and the understated 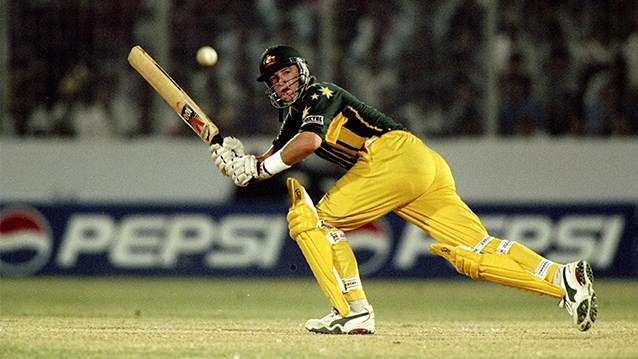 When you mention Mark Waugh and Chepauk most cricket fans would think of his magnificent century against New Zealand in that World Cup quarter-final in 1996. You let them linger on the connect a while longer and his spectacular catch to dismiss VVS Laxman in the second innings of the Chepauk Test of 2001 will likely take over the conversation for the next hour. If they ever make a 3D freeze-frame museum of Mark Waugh’s great catches, this would enjoy a pride of place even in his elite collection.

I was sitting high in the D stand (between the keeper and third man from the end Laxman is batting) at Chepauk when Colin Miller pitched a tad short to a batsman in divine form, with India within sniffing distance of a historic series win. Laxman rocked back in a flash and pulled the ball to what must have been a vacant midwicket area for an easy boundary… except that his mind didn’t consider the possibility of Mark Waugh taking flight. That freeze frame of Mark Waugh defying gravity for a microsecond will stay etched in my memory forever.

For a few years I had a silly ritual of not watching TV replays of the matches that I watched at the ground. I felt it would distort my original experience. I am glad I outgrew that silly phase.

In one of those cricket-book-hunting visits to Marine Sports at Dadar, nearly a decade later, I picked up a DVD of the 2001 India-Australia series. I jumped to the Chennai Test straightaway and was so thrilled to hear Tony Greig’s infectious excitement in describing that Mark Waugh catch off Laxman. I didn’t find the catch to be as visually spectacular as it had seemed at the ground. Perhaps camera angles were poor, or the highlights package didn’t feature the better replays. But even with the suboptimal visual evidence, Waugh’s genius was obvious to see, understand, and admire.

The real revelation of watching that DVD was not in finding validation for my lived experience but in discovering a totally new perspective to my lived experience. In the first innings of the same Test, Laxman made another sublime fifty before he was caught at slip by Mark Waugh off Glenn McGrath’s bowling. It seemed a straightforward dismissal to me then – edged and taken with utmost ease by the greatest slip fielder of them all. Watch this video between 20:28 to 20:51 on mute.

It was the third morning of the Test, the wicket wasn’t carrying through as much as it did on the first two days. The ball was getting older & rougher and McGrath was using it to great effect to get some appreciable reverse swing to trap SS Das plumb in front. McGrath bowled a fuller length again and Laxman edged a drive off the front foot – all of the factors point to a mighty tough chance to slip. Another fielder would have reacted by diving forward, or some perhaps by dramatically sliding low to get underneath the ball dying on them. Mark Waugh is such a naturally gifted slip fielder that he negated all the theoretical difficulties of the chance by watching the ball closely, waiting for the ball till he couldn’t wait any longer, and staying as low as a neutral stance would allow him to. It all adds up on paper, but the visual evidence stands in stark defiance – the damn guy makes it look so ridiculously easy that it’s impossible to sense the staggering scale of skills involved.

Sometimes we all need a bit of hand-holding to appreciate the understated genius. I am glad Chappelli was on commentary to call this dismissal. For a commentator who rarely gets excited, and almost never suffers the need to venture into hyperbole, Chappelli reacts instinctively: “Taken, what a brilliant catch there by Mark Waugh!” Just in case we didn’t get the point, he repeats: “I’ll tell you what, that was a brilliant catch. It went quickly and it went down”.

The camera seems to comprehend what he is saying. The replay underlines Chappelli’s observation beautifully – it went quickly, and it went down.

2 thoughts on “Genius – the obvious and the understated”